On the Airwaves: From the Marshall Islands to Paris, and More 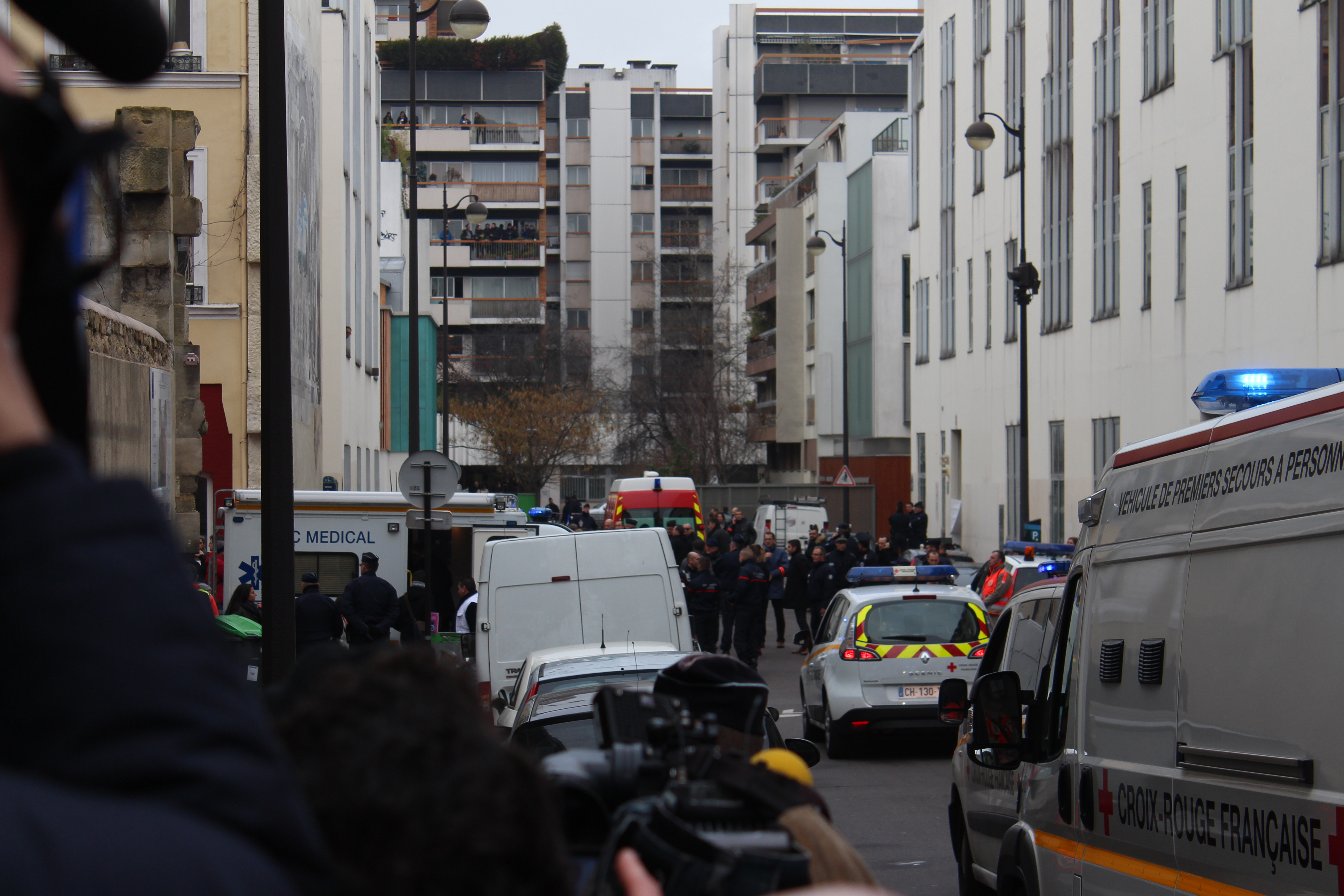 Police and emergency personnel responding to the shooting at Charlie Hebdo.

Tonight we speak with Marshall Island Foreign Minister Tony De Brum about the lawsuit filed in San Francisco’s ninth district by the Republic of the Marshall Islands over the U.S. and eight other nuclear nations’ failure to disarm under the Nuclear Non Proliferation Treaty.

Then we’ll speak with award-winning Sri-Lankan-born author Nayomi Munaweera about last week’s elections in Sri Lanka which ousted Mahinda Rajapaksa after nearly a decade as president. The newly elected leader, Maithripala Sirisena, has promised a return to the parliamentary system and said, “What our country needs is not a king, but a real human being.”

We’ll round out the hour in conversation with Bay Area Muslim American leaders to get their response to the Paris Attacks, the global media coverage, and rising racism against Muslims.

APEX Express is a weekly magazine-style radio show featuring the voices and stories of Asians and Pacific Islanders from all corners of our community.  The show is produced by a collective of media makers, djs, and activists and airs each week on KPFA 94.1FM. APEX Express is committed to building a broader social movement for justice and collective liberation for all oppressed people, including poor & working-class people, people of color, women and queer people.  We support grassroots organizing and cultural work that advance these goals, and see APEX as a space for building consciousness and promoting critical discussion about these efforts. Like what you hear? Show your support for independent community media that is free and accessible to everyone by sharing this broadcast of ideas, news, and views with your network of thinkers and doers.