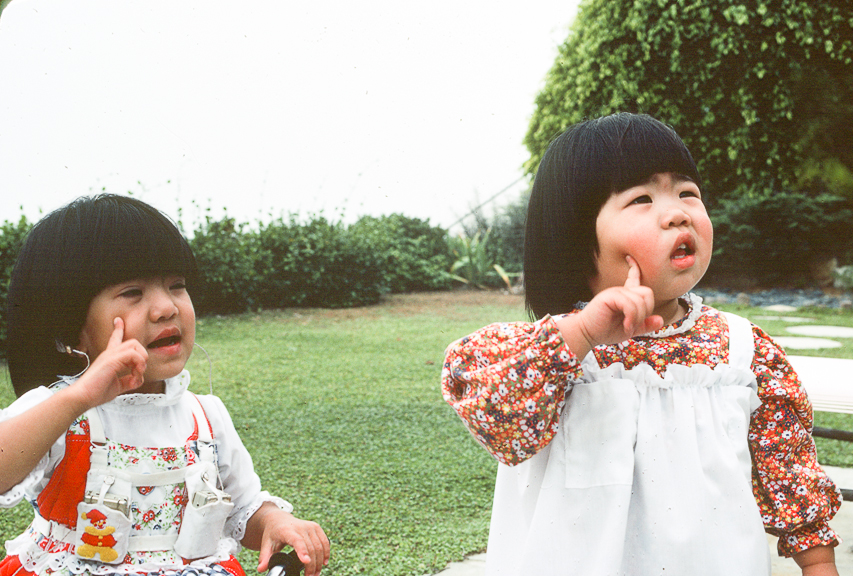 Imagine that you are the voice and ears for two people. Imagine deciding what information to convey and how to convey it. I played these roles frequently for my profoundly deaf sister, from short interactions at the grocery store, to valiant yet failed attempts at interpreting Sunday school lessons. She is two and a half years older, and we grew up Signing Exact English (SEE), which meant we signed each word we spoke. We didn’t take sign language classes, and this cultivated a habit of inventing our own signs. Today, sometimes her friends have absolutely no idea what I’m talking about when I sign, but my sister usually does.

My interest around language and how it changes began when I was a young, uninformed bystander watching my sister navigate the (ear)th built for the hearing. Later I realized that Sign is a language in and unto itself. People have accents, others stutter, there are regional signs and colloquialisms, and new signs are invented or take on different meanings.

While my sister navigates the predominantly hearing world as a deaf Japanese American woman, I’ve learned to negotiate the predominantly straight world as a Queer Japanese American woman.  Last year I visited my sister in Austin, a strong hub for the deaf community in the U.S., and did a day long Visibility Project shoot. The Visibility Project documents Queer/Trans AAPIs’ personal stories and identities through an oral history series. (I’m working hard to transcribe these interviews so that deaf people can also have access to them via subtitles.) 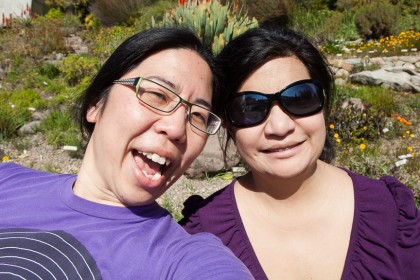 I was excited to share my day with her, but realized I didn’t know how to sign Lesbian, Gay, Transgender, etc. I assumed she would know because she was now fluent in American Sign Language (ASL), and even taught ASL for a few years. When I asked her to show me these signs, she was very hesitant. The only signs she knew that meant Gay or Lesbian alluded to oral sex, and not surprisingly this is not how deaf LGBTQs prefer to be named. She didn’t know the sign for Queer. To get around this, she spelled out each word, and told me to connect with a deaf LGBTQ person who knew the newest signs for that community.

As my sister learns new signs, I learn new words and infuse them into my Queer vernacular. As we blend our regional dialects and Asian cultural influences, new words are created and old words are reclaimed: Dyke, Queer, Stone Butch, Hard Femme, Ma’msir, Ze, Zir, They, Them, Fa’afaine, Bakla, Mahu, Mitini, and so many more words I’ve learned over the years. From Tagolog to Nepali, we are so much more complex than the alphabet soup of *LGBTQQIAATP. In our Deaf and Queer worlds, we challenge each other to evolve through our shared experiences living life on the margins.