Divine Solidarity: God with Us in Weeping and Liberation 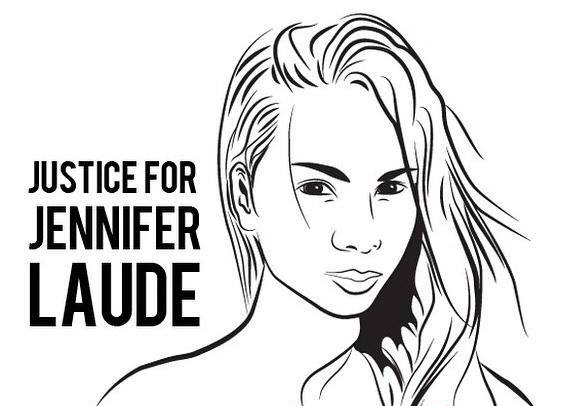 The preparation for making the paths ready for Christ is being paved and smoothed by the thousands of feet that have come to march, and the way is being made wider by the raised fists that continue to knock on the heavens. Hearts and bodies radiating something like “O come, O come Emmanuel…” to the Christian mind.

During Advent, we anticipate the arrival of Emmanuel, of God with us. We anticipate and prepare for that moment when the lines blur between the divine and human, between heaven and earth. We anticipate that moment when God breaks into human history by being birthed into a human body. In waiting for this moment’s arrival, I also cannot help but grieve the damage that has been done recently to the bodies of Others.

On October 11, 2014, Jennifer Laude, a 26-year-old Filipino transgender woman, was found dead in Olongapo, in a hotel bathroom, strangled to death with her head in the toilet bowl, her neck broken. The autopsy showed that she died of “asphyxia by drowning.”[1] She was last seen alive checking into a hotel with PFC Joseph Scott Pemberton, US Marine. Laude expressed to a friend her concern about how Pemberton might react upon finding out about her transgender identity.[2] With his arm, Pemberton choked Laude from behind. An, after she stopped moving, he dragged her body to the bathroom where he repeatedly plunged her head into the toilet bowl until she was dead.[3]

Upon being asked if he would attend Jennifer Laude’s wake, Pres. Aquino said, “In general, I don’t attend wakes of people I don’t know.” He added, “I’m not comfortable in trying to condole with people who don’t know me.”[4] Rejecting that moment as an opportunity for connection, Aquino instead opted to highlight the division between himself and the Filipino people. His choice to keep himself from knowing, from identifying with, Filipino people who suffer from US military presence in the Philippines is also a choice he makes to uphold US interests above the sovereignty of his own nation and the will of the people he was elected to serve. From the 1947 Military Bases Agreement to the Visiting Forces Agreement (VFA) signed in 1998 to the Enhanced Defense Cooperation Agreement (EDCA) signed in April of this year by Pres. Obama, the colonial and unequal partnership between the US and the Philippines has continued without waver.

Aquino has said that the murder won’t hurt the Philippines’ relationship with the US. Aquino said, “Why would we abrogate the VFA? I mean, name me any place that doesn’t have a crime. And the sin of one person should be reflective of the entire country? I don’t think so.”[5] Only it isn’t the sin of one person, one time. It happened before with the rape of “Nicole” by Lance Corporal Daniel Smith in 2005. He was eventually acquitted in 2009 when Nicole recanted her statements and, with the help of US officials, was given a US visa.

Philippine history is covered with the blood and bruises of bodies devalued in the eyes of US imperialism – the bodies of women, transgender women, and others who do not matter in the eyes of a patriarchal system. The violence toward bodies in the Philippines is symptomatic and symbolic of the violence, subjugation, and exploitation of the Philippines by US interests. It isn’t just a matter of personal sin or the sin of one individual. It is a matter of systemic sin that is allowed to continue by the fear and compliance of the collective. And our call is to repent.

In a culture of impunity, it is important for people of the church, the spiritual, the religious, to engage in prophetic witness and prophetic acts that remind and affirm the value of life. There is no place for impunity in a world where all bodies are recognized as bearing the image of God. Despite attempts and efforts to say otherwise, Trans lives, Filipino lives, Black lives all bear the image of God.

Holding in my mind the November non-indictment of Darren Wilson and the indictment of PFC Pemberton causes dissonance for me. But I find harmony in voices that call out saying #translivesmatter for Jennifer Laude and the voices that continue to call out that #blacklivesmatter for Michael Brown. Part of me knows that the consonance of these calls have resounded so far around the world that it brought some glimmers of hope for justice to the Philippines. And even though an indictment went through there, I know that we must continue to be vigilant in making sure that justice comes to all places in a timely manner. We’re not calling for the destruction of another body, but recognition for the living bodies that were brutally taken from us.

US Imperialism hurts us all. And if we are to struggle for justice for LGBTQ people, we must include the struggle against US aggression in the Philippines. We must have the disciplined organization to build across our various struggles, the creativity and openness of heart to see where the intersections are, and the commitment to be liberated in love and justice in order to participate in transformative acts of Creation. We cannot afford to settle into a mindset of scarcity. The cost is much too high.

Advent is when we anticipate God taking on a human body, to be, in the most tangible way, in solidarity with us.

I pray this Advent Season we challenge ourselves to do likewise, building solidarity and recognizing the necessity in being allies with all the world’s “least of these.” 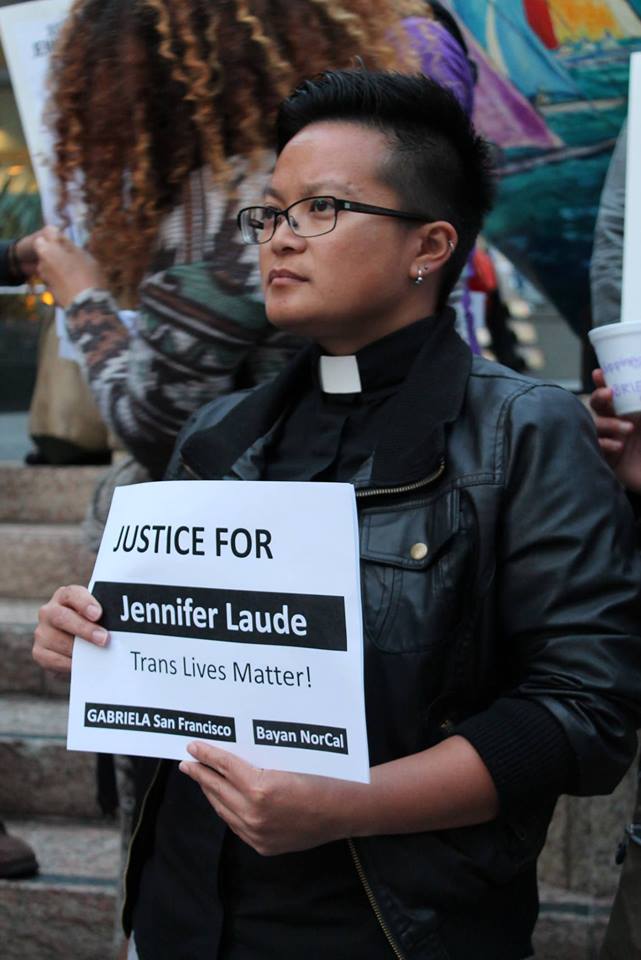 Rev. Jeanelle Nicolas Ablola is a 2nd generation Filipino American. Her parents immigrated to San Diego, CA (Paradise Hills) in the early 1970’s and raised her in the United Methodist Church, her mother being a PK (Pastor’s Kid) in the Philippines. Both her parents remain very active at their local church.

She received her Masters of Divinity (M. Div.) at Pacific School of Religion, Berkeley in 2010. She spent two years of Field Education at Buena Vista UMC and served as Minister of Youth & Community Outreach. In this position she coordinated a program called JAMS (Justice, Art, Music, Spirituality), which organized opportunities for the church and community to come together and strengthen relationship, through exploring issues such as the occupation in Palestine, LGBTQ inclusion in Asian Pacific Islander (API) churches, human rights in the Philippines, and establishing affordable housing in the city of Alameda. She also cultivated the leadership of the youth at Buena Vista UMC, supporting their endeavors for outreach, spiritual growth, fellowship, and critical thinking.