Where Was God When the Planes Dropped from the Sky? 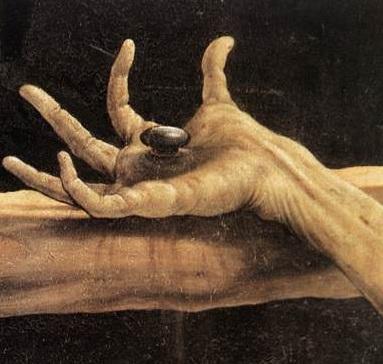 In recent times, the skies have become a stage for tragedy. As the world held its breath with the disappearance of Malaysian Airlines Flight MH370 on March 8, 2014, another Malaysian Airlines flight, MH 17 was shot down and crashed on its way to Kuala Lumpur, Malaysia from Amsterdam, the Netherlands on July 17, 2014, killing approximately 300 passengers and crew. Russia and the Ukraine continue to point fingers at each, although it is generally believed that MH17 was shot down by pro-Russian separatists. On December 28, 2014, 162 passengers en route from Surabaya, Indonesia to Singapore died when Air Asia Flight QZ8501 crashed. Efforts to retrieve the remains of the victims continue to this day. Soon after, on February 4, 2015, TransAsia Airways Flight 235 crashed into the Keelung River soon after it took off at the Taipei Songshan Airport in Taiwan, killing most of the passengers. Authorities have attributed the crash to an engine malfunction.

In reading one tragedy after another in the news, with no opportunity to recover from the shock, I find myself trying to wedge some logic into these meaningless disasters. I hear myself muttering questions in my mind like, “How many entire families were wiped out?;” “How many LGBTIQ passengers lost their lives in these crashes?;” “What went wrong?;” and, “Could the crashes have been prevented?” I think the question that continues to persist in my mind (and I believe in the minds of thousands of others, including plane crash survivors), is, “Where was God when the planes dropped from the sky?” I almost loathe raising this question, because I know I have no easy answers. Anything I can muster up will only wind up sounding like diluted theological platitudes. To ask where God was when these mishaps occurred is to ask where God was when Mayang Prasetyo, an Indonesian transwoman was murdered, dismembered and cooked by her husband in Brisbane, Australia in October 2014, or when gay American student Matthew Shepard was beaten, tortured and eventually died from his injuries in October 1998. To ask this question is to ask where God was when Jesus was tormented for hours and finally died from the wounds of his torture under the scorching sun as the crowds gawked.

I repeat: I would rather not ask this question. I am frightened by this question, because it shows me how ill-trained I am for the ambiguities of life, and how it is impossible for my faith to provide comprehensive answers to the mysteries of evil and misfortune.

And yet, the season of Lent forces me to ponder, to fast momentarily from distraction and to ask these difficult questions. Again, I find myself bereft of any easy solutions. I have come to understand, however, that popular answers to these questions often reveal the ways in which we relate to God in daily life. Even more so, they show how so many of us settle for convenient and unchallenging reactions. I am more than certain that many of the survivors of TransAsia Airways Flight 235 and their families have attributed their narrow escape from death as “God’s protection,” “God’s mercy,” “God’s will” and “God’s blessing.” I am not persuaded by such simplistic explanations, because it means that those who lost their lives somehow missed “God’s protection,” “God’s mercy” and “God’s blessing,” and that their deaths were part of “God’s will.” I can never subscribe to the notion of a blood-thirsty God.

I have long forsaken a salvation mentality in favor of an image of God whose operations can never be exhaustively apprehended and explained. I continue to hang on to the gentle reminder of Jesus that God is constituted of love; although I still dare not identify specific, exclusive instances of how and where that love manifests itself. I find that asking questions on top of existing questions helps me in some strange way. I ask questions like, “Perhaps God never intended for passengers to die in plane crashes, and these crashes were a consequence of human error, greed and savagery, political gain, and inevitable turns of events?”;“Perhaps God was present when passengers who loved each other held hands and professed their love to each other for the last time as the planes dropped from the sky?”; “Perhaps God was present in the search and rescue operations, and through the hands, lips and ears of those who offered comfort and strength when these disasters struck?” Plainly put: I don’t know what the answers are. In fact, all I can really do is ask more questions. Perhaps the comfort from asking these questions comes from a deep realization within me that I am part of a mystery that is called life and that I will never be able to plumb the depths of this mystery in its entirety?

I find it equally reassuring that Jesus himself did not provide answers to all the conundrums of life. Neither did his disciples. In fact, all they could offer was their own experience of his abiding presence, that he was with them, “to the end of the age” (Matthew 28: 20). Perhaps this experience was in itself a reminder that a loving God would stand by them as they encountered the vicissitudes of life. And perhaps, as this year’s Lenten journey commences, my humble thoughts here can serve as a springboard from which I can reflect more deeply on the many mysteries of my own life’s journey. Perhaps.