“No Other God”; or, The Idolatry of Divine Retribution 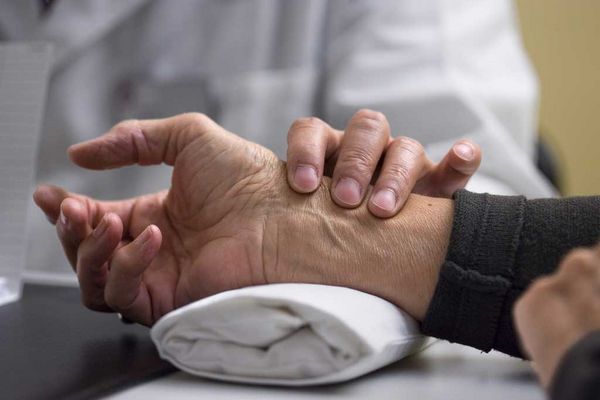 “You shall have no other gods before me” (Exodus 20: 3). A chance encounter with this single sentence while browsing for a particular biblical verse had me reflecting on the idea of idolatry. It brought back memories of a previous ministry to the indigenous Bidayŭh and Iban Christians in the Malaysian state of Sarawak. It reminded me of communities that were held together by unquestionable loyalties to various Christian denominations which were introduced by zealous missionaries. Proselytisation had its casualties, though. Mass conversions of people in the rural regions of Malaysia were invariably accompanied by a self-imposed discarding of traditional religious practices which were disdainfully touted as “idolatry.” For the indigenous people, idolatry referred to the misguided practice of worshipping idols or “other gods” who were consequently transmuted into less-than-benevolent spirits lurking in the jungles. To turn to Christ meant a total and nonnegotiable turning away from the old religions.

Yet I wonder now why such time-revered beliefs, which imbued the indigenous Malaysians with a profound sense of spirituality, were willingly quashed in favor of an exclusive, monotheistic religion that was intolerant of rivals. Perhaps it was spiritual evolution, the appeal and credibility of old religions gradually fading in due course. Perhaps it was a drive towards modernity through belief systems. Whatever the reason, the words “idol,” “idolatry” and kafir[1] were liberally tossed around by Bidayŭh and Iban Christians in reference to their village neighbours who, although very few, had yet to “mŭrŭt Kristen” or “tama’ Kristian.”[2] This statement always seemed to me more like an accusation than an explanation; a semi-condemnation of the “UnChristian Other” as lesser, as more ignorant and more obstinate.

I also wonder if the phasing out of the old religions truly spelled the termination of “idols” and “idolatry.” A recollection of some incidents during my erstwhile ministry offers up to this quandary some illuminating possibilities, albeit giving rise only to tentative conclusions.

I was very often called to the bedside of the sick and dying, at which time the ill person, a member of the family or a well-meaning friend would insist on the sacrament of Reconciliation. The insistence was often based on a belief that illness was divine penalty for some misdeed, and forgiveness from God could elicit a full restoration of physical health. While I do not deny possible connections between self-harming life choices and suffering, could their request for Confession actually be a supplanting of the old religions by a new mindset of Christian guilt? Did they see themselves as personally responsible for the sufferings of this blue-eyed, fair-haired, bearded God? Were human sufferings understood as the consequence of a divine demand for justice? Were illnesses perceived as a way for this Panoptic Dictator to exact retribution on people for his sufferings, and for them to placate him in order to be well again? Was the Christian God slavishly worshiped, with dreaded repercussions if ignored? In short, was I witnessing a manifestation of unexpected Christian idolatry? Had Christ become an idol—a less-than-benevolent “other god” to whom they had unwittingly pledged their allegiance?

These images of God are not unique to the villages of Sarawak. How often have we, in our own corners of the world, heard claims such as, “God loves you, but if you sin, God punishes you,” or “God rewards the just and punishes the sinful,” or “people die of AIDS because of their sins, and AIDS is God’s punishment”? How often have we made declarations such as, “My suffering is God’s punishment, and I need to make right with God to be well again”? How often have we, as lesbian, gay, bisexual, transgender, intersex and other queer (LGBTIQ) Christians, internalized thoughts such as, “My gender and sexuality are curses from God” and “God must be punishing me for something I did or something my parents did; that’s why I’m gay/lesbian/transgender/queer”? Each of us has an image of God, how God behaves, and how good and evil work out in the world. These images help to form an idea of God with whom we can connect and to whom we can pledge our allegiance. Yet, these images can become misguided practices if we attribute a “Rewarded-Punisher” idea to God. It is easy to forget that God’s love for and acceptance of us is not dependent on our guilt or repentance. Our worth in the eyes of God does not depend on our achievements or “good behavior.” Our sufferings are not an insidious ploy by a blood-thirsty God to break our spirits and force us to grovel for forgiveness and consequent healing. Sufferings are the hallmarks of the depth of the human condition, the elements that make us human.

As followers of Christ, we are called to shatter the idolatrous practice of constructing a God who emerges through our sufferings as vindictive and sadistic. And instead we are called to recognize the presence of a Divine Companion who walks with us—perhaps even carries us—through the hell and high waters of our humanness. We are called to proclaim no other God than the One who has been revealed by Christ as Love Itself, and to live out that proclamation in our lives.

[1] A common word used by Bidayŭh and Iban Christians to refer to “pagans.”

[2] Literally, “to enter Christian” in the Bidayŭh Biatah and Iban languages respectively. These terms refer to the act of embracing Christianity.