Living, Learning, and Leaving a Legacy

Generation Q, a project of API Equality – Northern California, aims to nurture a collective identity for LGBTQ API people by collecting stories from today’s young LGBTQ API activists. Its conception is a true testament to how impactful Red Envelope Giving Circle’s (REGC) support has been to our LGBTQ API community, artists, and visionaries. Generation Q was inspired by Amy Sueyoshi’s Dragon Fruit Project, which was a previous grantee of REGC in 2013. When we partnered up with Amy last June, we found ourselves at the brink of something new and powerful in the form of the histories available to us from LGBTQ API activists from the 60s through the 90s. Our participants, young and old, engaged intimately with written transcriptions, oral audio recordings, and live interviews. No one else was doing this kind of historical archiving, and so we were proud of what we were uncovering, and we were energized by the individual paths that were blazed before us.

As the Community Organizer of API Equality – Northern California, the project has been personal for me as well. There’s something about hearing coming-out stories from the 60’s that never gets old. In fact, the histories we were discovering inspired me to come out to my mother three months ago. It helped me realize that my struggle as a queer Vietnamese woman is part of a deeper history. LGBTQ API individuals have been trying to come out for the last half century, and my individual story is just another part of our collective LGBTQ API narrative.

The Dragon Fruit Project will continue to live on as a tool to document the legacies we are leaving behind. Generation Q will be our new platform for documenting histories of the younger generations today. We will create intergenerational moments so that our movement elders can see how far we’ve come and so that our younger movement shakers can know that their stories inform our past, present, and future.

We’ve learned that history is a catalyst for political change, but that history doesn’t have to be stagnant. Our histories are dynamic, no matter what generation we live in, because we are all queer generations, cultivating our collective identity through history.

If you are interested, please sign up to be a part of the Dragon Fruit Project: interviewees, interviewers, transcribers, and cataloguers are all needed

This post was cross posted with permission from Asian American/Pacific Islanders in Philanthropy (AAPIP). The original link is here: http://aapip.org/our-stories/living-and-learning-a-legacy. 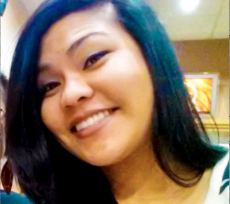 Tracy Nguyen is the Community Organizer for API Equality – Northern California and a volunteer for Asian and Pacific Islander Queer Women and Trans Community (APIQWTC).