Move City College Forward – Where We Are Now 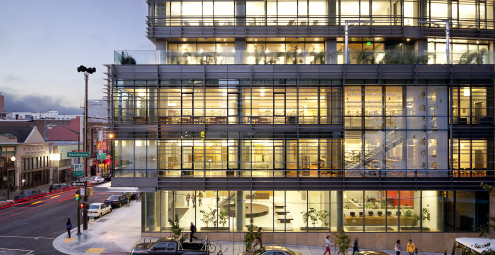 It has been two years since Chinese for Affirmative Action initiated Move City College Forward to keep City College of San Francisco open.

It was at that time — not long after we had helped launch the new campus in Chinatown — when an out-of-control accreditation commission sought to close City College.

With the educational futures of 80,000 mostly students of color at stake, the debate about City College was fundamentally about educational equity.

Today, we are glad to report that today City College is in a better place:

This progress is a partially a result of many activities undertaken by our campaign since 2013. Some highlights include:

It remains critical for all San Franciscans — adult learners, immigrants, youth, members of working class families — to have equal access to the educational opportunities they need to succeed. Though more work is ahead for City College, the community should be proud of everything that has occurred to keep City College open against the odds.

At CAA we will continue to be engaged and keep you apprised, even as our formal Move City College Forward activities begin to wind down.

We are grateful for your ongoing support.