What’s Next after Texas Court’s Unprecedented Ruling on Immigration Reform? 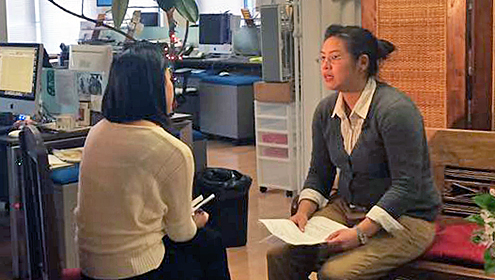 Last month, after many community organizations, including CAA, had already begun conducting outreach on immigration relief, a Texas judge placed an injunction on the immigration actions announced by President Obama in November 2014. The judge is well-known for his anti-immigrant views, and this injunction defies legal precedent.  We expect it to be appealed and overturned shortly.  The ruling temporarily delays the implementation of extended DACA (Deferred Action for Childhood Arrivals) and DAPA (Deferred Action for Parental Accountability).  It does not impact the already existing DACA program from 2012, which provides deportation relief and work authorization for certain eligible undocumented immigrant young people.

Anti-immigrant voices such as this Texas judge and Republicans in the House of Representatives continue to attack immigrant communities. They opposed a vote on comprehensive immigration reform last year, and are now taking extraordinary measures to block helpful immigration actions. President Obama’s actions follow precedent from the Supreme Court as well as Congressional priorities for immigration enforcement.  As legal scholars and immigration experts highlight, both Republican and Democratic presidents have used executive authority to offer similar immigration relief.

It is estimated that there are hundreds of thousands of Asian immigrants eligible for DACA and DAPA relief.  Immigrants should continue to prepare to apply so that they can benefit from this much needed relief.  We encourage all immigrant communities to stay informed from credible community and government agencies and to be wary of and report any fraudulent services seeking to exploit prospective applicants.