A Conversation with Two Former “Lifers” 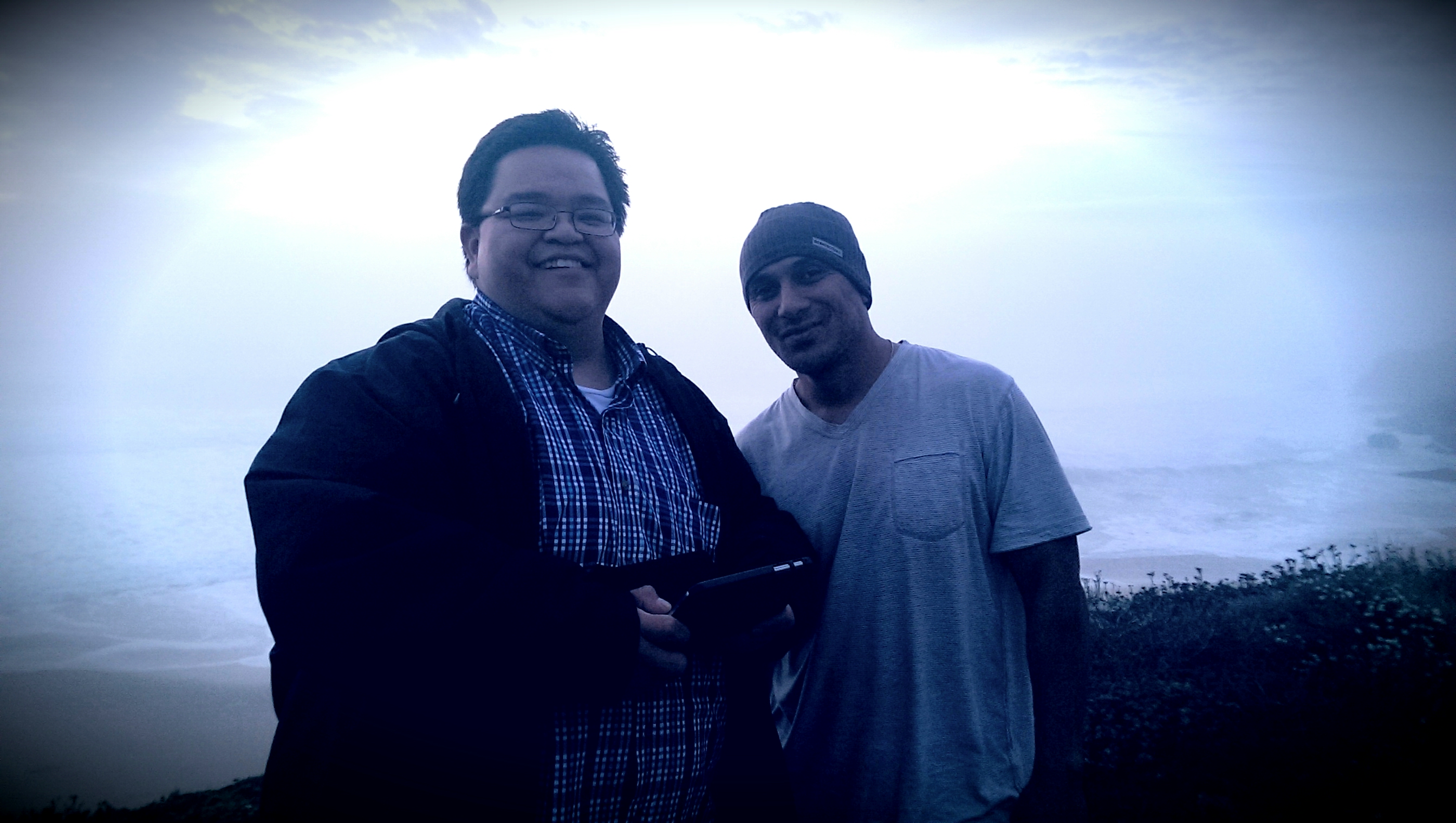 Formerly incarcerated “lifers” Harrison Seuga and Henry Frank visited the StoryCorps project for a one-on-one audio interview after a combined 4 decades behind bars. Their conversation will be preserved at the American Folklife Center at the Library of Congress. Harrison Seuga is APSC’s Reentry Director and Henry Frank is a Roots 2 Reentry participant and photographer. Listen and read an excerpt from their interview about family, dreams, and giving back to the community after coming out of the penitentiary:

Henry: My name is Henry Edward Frank. I’m 39. Today is September 28, 2013. Location is San Francisco, and my relationship to Harrison is he’s my friend – where I met in San Quentin State Prison.

Harrison: My name is Harrison Seuga. Age 41. Today’s date is September 28, 2013. We’re at the San Francisco location. Relationship to Henry is we met at San Quentin State Prison, and we’re friends and colleagues.

Henry: I would also like to note that I am Native American of Yurok and Pomo descent.

Henry: What’s coming to me right now is my latest visit with my mother that I’ve had, recently – the first time in 24 years that I got to spend time with her, and not in a visiting room. [Because] she visited me one time with my 19+ years in prison, and that was because they wouldn’t allow her in, and she just couldn’t afford it. But, we got it to work this time and it was just a glorious weekend. It had to be one of the best weekends I ever spent with my mother. I just loved every minute of it, just loved being able to hug her anytime I felt like it. Just say, “Hey Mom, love you.” I mean, it really did a lot of healing for me. Because, I wish I had that when I was a little guy because she was a drug addict; so, she wasn’t around as much. And, I knew she loved me, but it’s different with her being there. I was just kind of reliving a childhood kind of thing, to have a Mom right there, talking to her and telling me how proud she is of me. And it really felt great. I mean it really did do some healing, spiritually. So, I was very grateful for that. There’s more to come, but that was the first one…it really put a smile in my heart.

Harrison: Yeah, I’ve had similar moments with my sisters and brothers, and trying to sort of re-learn them and all of my nieces and nephews, having to learn their names. And, it’s been really fun. Getting back into the role of being big brother in a lot of ways. It’s been enjoyable spending time with them, with my mother, and my aunts and uncles. Even though a lot of them are in Hawaii and Washington, they make an effort to come down and visit. It’s been fun. And my cousins, meeting them for the first time in a long time, and meeting some of them for the first time, which has been really fun and interesting.

Henry: I’ve had the honor, too, of meeting your family. And that was one of the biggest things when you invited me to go to your graduation. There was things that I’m doing right now that I never thought I would be doing or even thought I had the desire to do, but that thing there really touched me to have me come to your graduation, and I got to meet a lot of your family. And I could see how proud they were, they loved you, and how much you missed them. It was just a really great moment to be a part of. And, I was embraced. I didn’t feel like I was outside watching, I was a part of it.

Harrison: A lot of what I’ve accomplished, so far, was going back to school – getting my bachelors. My long-term goal is to drive rigs, but first to also get a PhD. Like somewhere in between there, like a driver with a PhD! My professor asked me what I’m going to do with my PhD, and I said I want to drive rigs! She started laughing as well. Eventually that is where I want to be and so some of the first steps I’ve already taken. So I’m driving Peterbilts now and eventually apply to graduate schools next year, hopefully apply to University of Hawaii and some other schools. You are also at San Francisco State right now? Are you thinking of going back to college? What are your long-term goals, academically?

Henry: I don’t know why that slipped my mind. That was one of my goals, was to be a part of Project Rebound, and go to San Francisco State University. I’m going for a Bachelor’s in Business Management with a minor in Communication, which somehow got signed off. I’m really excited about that…I leave myself open for the opportunity for when it arises instead of having like this is my goal right now and just set for that, and I might have my blinders on and miss a great opportunity to help people. I’m kind of like a sail ship right now, sail boat just in the winds and letting Creator navigate me. And if He gives me a sign or something, and I know that’s where my destination is at the moment, I’ll set sails for that. Right now, I’m just enjoying the movement, just free flowing right now.

Harrison: Part of that enjoyment, for me, I think the process is helping anyone I can along the way. So, I definitely have goals, and I’ve seen that for a lot of the guys that we did time with and associated with that are out now and sort of constructing a new life. And part of that construction for everyone is helping other people, as well. Working with the community, I definitely have seen that I try to help out wherever I can…I’m always invited to go talk about experiences and different experiences, and I don’t care if they pay me or not. And so, some do, some don’t – it doesn’t matter. What I want to do is convey a message that can help some kid, that can help some young adult make a critical decision that may affect his life. For me, I believe it would’ve helped me to have that happen somewhere in my life that could have turned it positive, but it didn’t. I could either sulk with that, or I can make it my life mission to be there for someone that I can contribute to positively in their lives.