Amidst a pandemic and surge in anti-Asian hate, AACRE grassroots groups are supporting and leading marginalized populations including immigrants, refugees, formerly incarcerated individuals, and LGBTQ+ people.

Together, we are advancing an inclusive vision of justice for all communities. 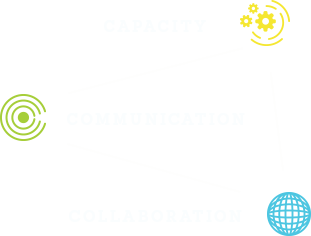 HOW WE DO IT

AACRE leverages the power of its network by developing the relationships, critical connections, and unique strengths that exist among its member groups. Shared capacity work includes access to common facilities, financial management, and administrative support systems. Strategic communication and collaborative efforts include retreats, convenings, information sharing, and joint projects that promote a culture of trust, mutuality, and transformation.

MEET THE ASIAN AMERICANS FOR CIVIL RIGHTS AND EQUALITY GROUPS:

The Alliance of South Asians Taking Action, works to educate, organize, and empower the Bay Area South Asian communities to end violence, oppression, racism and exploitation within and against diverse communities

APEX Express is a weekly magazine-style radio show featuring the voices and stories of Asians and Asian Americans from all corners of the community. The show is produced by a collective of media makers, djs, and activists and airs each week on KPFA 94.1FM.

The Asian Prisoner Support Committee works with Asian and Pacific Islander prisoners to educate the broader community about the growing number of APIs in the U.S. being imprisoned, detained, and deported.

Asian Refugees United builds intergenerational and inter-ethnic power for positive lasting change through sharing art, healing, culture and political engagement. Started in 2007 as a project of Forward Together, ARU addresses workers’ rights and community health issues in general by building the voice, visibility and power of Bhutanese and Vietnamese immigrant and refugee communities in East Oakland.

The mission of Chinese for Affirmative Action is to protect the civil and political rights of Chinese Americans and to advance multiracial democracy in the United States. CAA advocates for systemic change that protects immigrant rights, promotes language diversity, and remedies racial injustice.

Hmong Innovating Politics is a grassroots organization whose mission is to strengthen the political power of Hmong and disenfranchised communities through innovative civic engagement and strategic grassroots mobilization.

Hyphen is a news and culture magazine that tells the stories of Asian America, beyond identity, featuring emerging artists, thinkers and doers. By documenting and disseminating these stories, Hyphen contributes to the ever-expanding, multifaceted narrative of Asians in America.

The Network on Religion and Justice for Asian and Pacific Islander Lesbian, Gay, Bisexual, Transgender, and Queer People works to nurture and support efforts toward a fully inclusive Asian Pacific Islander faith community.

Asian Americans for Civil Rights and Equality is a network committed to making change good.